Quality Health Care for Your Cat or Dog.

From 1999-2001, Jeff and Jennifer initially worked in a veterinary facility, south of Cincinnati, Ohio. Gulf Coast Veterinary Emergency Hospital was opened in a 2,500 sq. foot leasehold facility just north of I-10 in Biloxi on July 5, 2003.

An acre of land was purchased, just south of the same exit (and less than 1 mile from the original location) in 2004 with the intent of building a larger facility. This is a 5-acre parcel and 10,000 sq. foot metal building located around the corner from the original Gulf Coast Veterinary Emergency Hospital location and just north of I-10.

Following feasibility studies of retrofitting and renovating this property to meet our needs using the plans initially drawn to construct a new facility on raw land and in a building constructed with pre-Katrina building codes, it was determined that economically it was not a reasonable endeavor.

Construction of a new, 10,000 state of the art facility began south of I-10 in August 2012 and the business was relocated in this facility on March 18, 2014. Currently, Gulf Coast Veterinary Emergency Hospital serves the urgent, critical and emergency needs of more than 55 veterinary clinics and 110 veterinarians in a 60-mile geographic radius.

The practice is located in an incredibly prime location just north of the beach and heavily traveled, visited and marketed casino row. This transaction and transition has further stimulated our desire to consider the acquisition of other quality, small animal, general practices in the adjacent counties of Hancock and Jackson.

The mission of Gulf Coast Veterinary Services, through Gulf Coast Veterinary Emergency Hospital, is to provide an unparalleled facility and skilled staff members. We deliver exceptional emergency and critical care to small and exotic animals, extraordinary customer service to their owners and unprecedented veterinary support for their veterinarians along the greater Mississippi and Alabama Gulf Coast region. 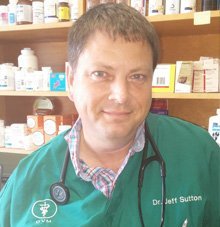 Jeff is a 1999 graduate of Ross University School of Veterinary medicine. He had the chance to work in a very progressive veterinary facility just south of Cincinnati, Ohio. It provided him excellent mentorship for business, compassionate care, and top-notch veterinary medicine.

After some time, Jeff, along with Jennifer returned to coastal Mississippi after surveying the needs of area veterinarians and determining that they needed to open their own practice at Gulf Coast Veterinary Emergency Hospital.

After surviving the shambles of Hurricane Katrina, which struck the coastal area in August 2005, he constructed plans which were drawn for a larger facility (2008-2009). Due to economically unreasonable endeavor, he and Jennifer purchased a former church property on Woolmarket Road in Biloxi to be subsequently rented to another local church.

In August 2012, construction of a new, 10,000 state-of-the-art facilities began south of I-10 as he and Jennifer got the business relocated in this facility on March 18, 2014. The transition was fairly seamless and the business was never closed. 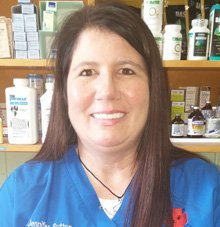 Jennifer is a 1998 graduate of the Louisiana State University of Veterinary Medicine. She does a lot of local volunteer works and loves to give back to her community.

She resided in coastal Mississippi from 1978 to 1992. As a doctor working in Gulf Coast Veterinary Emergency hospital, she is capable of handling animals that require more specialized services, such as blood transfusions, oxygen therapy, and complex surgical procedures.

Jennifer and Jeff purchased Dr. Joe Brumfield’s general practice, allowing them to have more convenience in transferring cases that require more comprehensive care and services, since it is only located approximately 10 miles or 10 minutes from Gulf Coast Veterinary Emergency Hospital.

She and Jeff persisted the transaction and transition toward their common desire to consider the acquisition of other quality, small animal, general practices in the adjacent counties of Hancock and Jackson – as there are an appreciable number of stable, aging, single practitioner small animal practices in these areas. She has recently received the One Coast Community Leader Award! 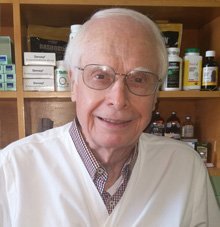 Founder of Beach View Veterinary Hospital, Joe Brumfield is a veterinary practitioner who started the clinic back in 1972 and continues to work there today.

He loves connecting with his clients and their owners, and he has had a lifelong passion in the veterinary industry. He recently won “Best Veterinarian” for 2015 by the Gulf Coast community in the Sun Herald’s annual contest.

Dr. Joe offered his general practice to Jennifer and Jeff until it got officially purchased on August 5, 2015, which has been seen a potential that this location and practice offers, as well as the desire to extend the doctors’ compassion, care and unparalleled customer service to the “healthy” pet population. 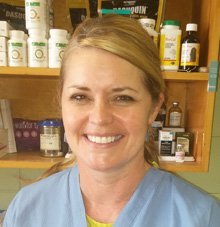 Lori, our receptionist has been here for the past 3 years. She studied in the USM and Middle Tennessee State University in Murfreesboro, TN, played volleyball on scholarship and also ran track. She’s always loved animals and has had a lot of them, including horses, dogs, cats, chickens, hens and rabbits.

She loves people and their pets, and she usually remembers customer by their pet’s name first. Her husband and 13-year-old son live in West Biloxi. She attended the Baptist Church in Vancleave.

Both she and her husband sing in the choir on the Praise Team, and the whole family is involved in the music part of the church. She’s super helpful and pleasant all the time. 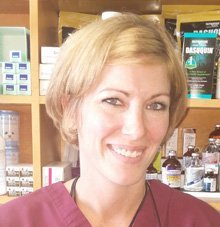 Currently Dr. Jenn’s Veterinary Technician, Tiffany was the receptionist and assistance here for years. Born in Vicksburg, she grew up in the Ocean Springs area and went to St. Martin.

At the age of 18, she moved here and started working for Dr. Brum in 1998 as well as going to school at the local massage therapy college, Blue Cliff, and graduated so she is a licensed massage therapist on the side.

Her hobbies include massage, painting, also shrimps with her dad in her spare time. She also loves to camp, hike and bike, as pets she has 6 Chihuahuas – Deliliah, Sugar, Rocky, Zoe, Roxy, Lucy and a rescue blind cockapoo – Izzy.

Tiffany is passionate about dealing with and helping take care of animals. She knows that your pets are your babies and she gets attached easily to animals and finds it difficult to let go. 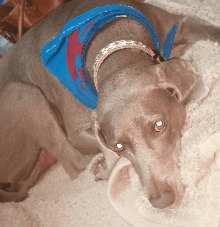 The doctor’s dog Belle is also there for moral support!

Get a 10% military discount